music at a distance 11 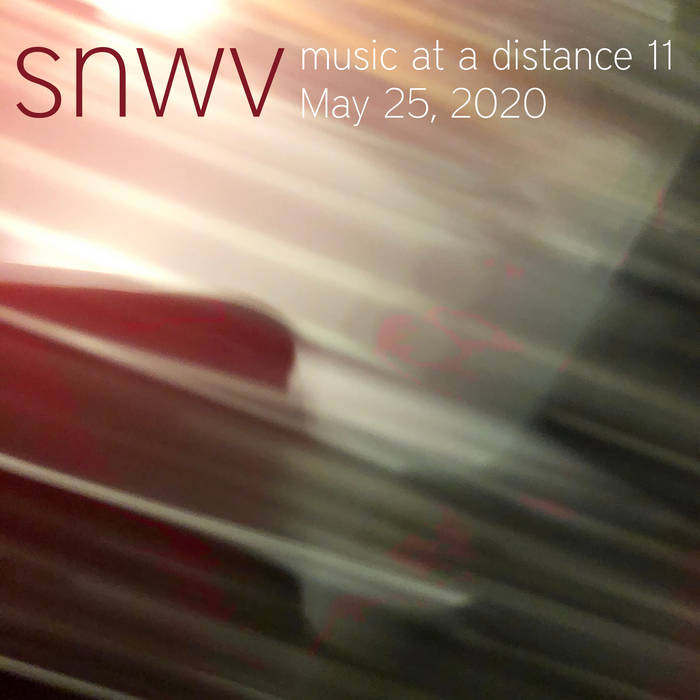 I started this series when my state and a lot of others first started isolating at home, as a way to have some musical and sonic content with others, first with live streaming performances, and with making the archived performance available here.

These performances are evolving within a framework of improvisations with guitar and a quad delay patch in Max/MSP. I make changes to the patch (often right before the performance, which...maybe adds some drama on my end), try things out, grapple with and respond to equipment or software that does what it does in the moment.

Just before this performance, I added more granular buffer processing (very obvious at the beginning), though I'm still working out where it fits in an improvisation. There's a little less buffer in this one, though, because of the instrument I'm using. There's a bit of a story there.

On Saturday, I did a live Zoom improv with Dispersion Lab (dispersionlab.org) using the just-previous version of the patch, and Moog Guitar. The Moog's an odd instrument--not a synth guitar, but a sustaining guitar with twelve electromagnetic drivers (two per string) and a couple different ways of adjusting the ways the drivers interact, so that a player can force the sustaining string into a few different harmonics as well as just sustaining the fundamental. (There's also a mute mode, though I didn't use that in this performance.) Each string also has several different points where the harmonics emerge, so the instrument can be hard to predict. It's kind of its own beast.

The long sustain and higher harmonics mean that the delays fill up with sound very densely and very quickly, leading to denser, slower-moving pieces. To change things up a bit, the third piece is with the sustainer off (mostly). Even so, listening back, the results seem meditative. I hope it has a similar effect for you.

I tend to dislike the process of titling pieces, and tried something new this week--making lists of general impressions I had of each piece, I combined a few of those terms together.

Thank you for listening!